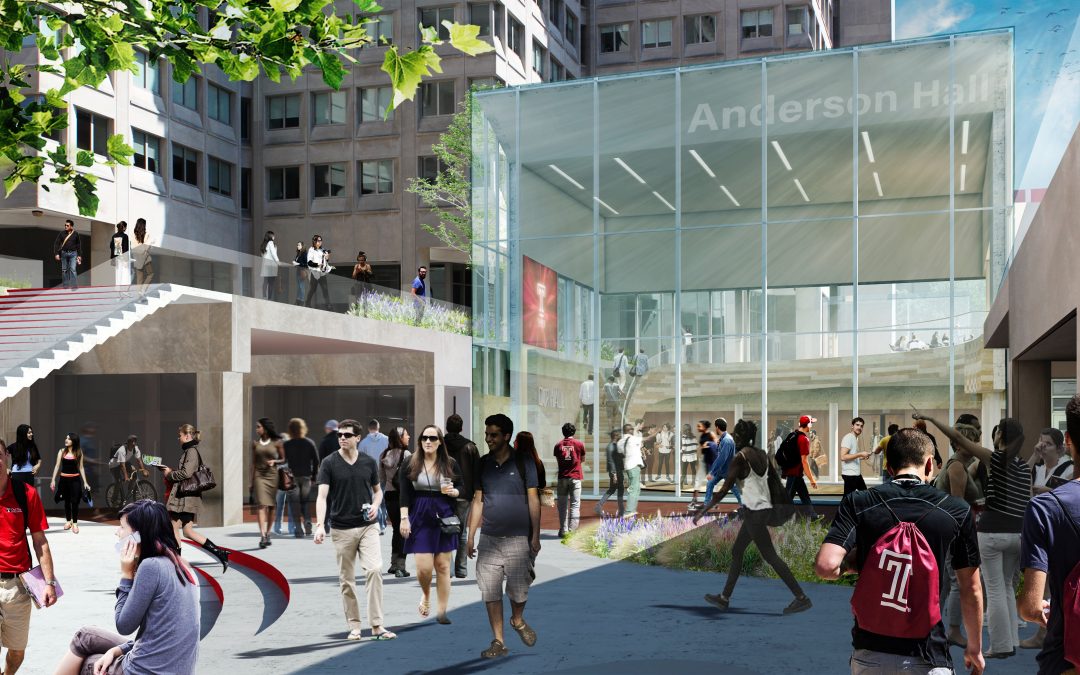 P. Agnes, Inc. was recently awarded the Anderson Hall Lobby building and renovation project at Temple University, marking the latest in our long-standing relationship with the University. The first phase of the project is under construction and scheduled to be complete prior to the fall semester of 2020.
The improvements to Anderson Hall on the university’s Main Campus involve the construction of a new glass atrium lobby and renovations to adjacent interior and exterior spaces. Landscaping, hardscaping, and lighting improvements to the Anderson/Gladfelter terrace, Gladfelter Courtyard (including an elevator), and Polett Walk between 11th and 12th Street, are in the pre-construction phase and will start construction later in the fall. The proposed improvements are phased over a sixteen month period.
There are two design teams on the project. The Anderson Lobby component is led by Erdy McHenry Architecture and the Plaza/Polett Walk work by Wallace Roberts & Todd, both located in Philadelphia.