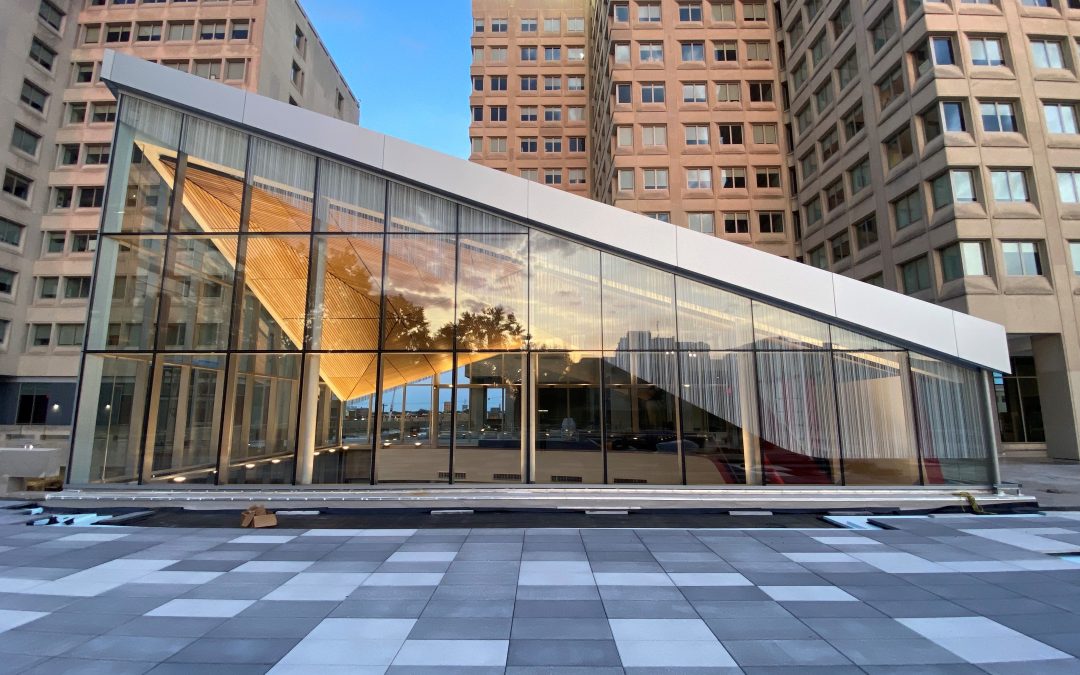 Located on Temple University’s Main Campus, Anderson Hall is home to the College of Liberal Arts (CLA). P. Agnes recently completed renovations to the lobby of Anderson Hall, which is part of a larger master plan project for the University.

Construction began in June 2019 with the goal to finish renovations before the 2020 academic year. Due to the pandemic, construction for the project was shut down for 6 weeks. Despite losing that time, the lobby was turned over prior to the fall academic term.

The renovations included the demolition of an existing exterior courtyard which was surrounded by corridors and lecture halls. A new, glass atrium lobby was built within the courtyard, creating a new eastern gateway and entry sequence, and includes a curtainwall exterior with metal panel fascia. The steel hyperbolic paraboloid roof has high point elevations at over 50 feet and low point elevations at 26 feet. Steel roof beams were installed at different slopes, creating a warping effect. The wood ceiling inside has a similar geometry, which presented constructability issues that were worked through while assisting the architect with the design. Steel columns remain exposed and coated in intumescent paint with a high-level finish. The completed lobby creates a sense of curiosity with its unique features on the inside and outside, and offers a renewed prominence to the CLA.

The terrace level between the two buildings will be transformed into a green space with abundant outdoor seating that is designed to accommodate social, professional, educational, and community functions. A new elevator outside of Gladfelter Hall will allow for additional access to the terrace.