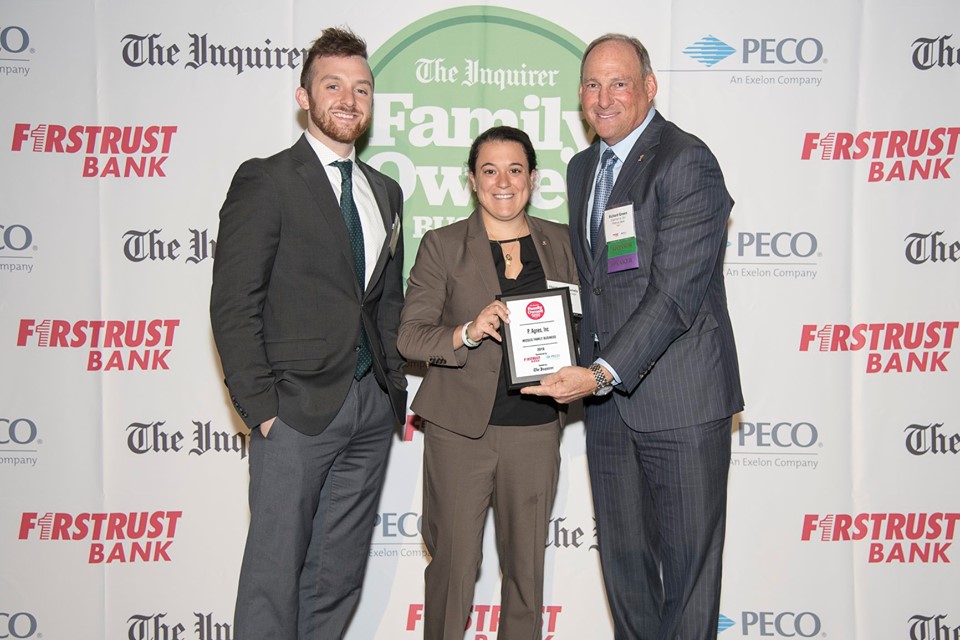 On Thursday, May 16th, P. Agnes accepted the Mid-Sized Family-Owned Business Award, which recognizes Family-Owned businesses who continue to grow and evolve in an ever-changing economy, while managing to stay true to their roots. Awarded by The Philadelphia Inquirer, the 2019 winners were evaluated on their business success and accomplishments and their civic/community service.

P. Agnes was founded in 1918 by Pellegrino Agnes, and was later led by his son, Lou Agnes. Remaining a family-owned and operated business, the third generation has taken the helm of the organization and is now run by Lou’s son, Jay Agnes, along with his nephew, Pat Pasquariello III.